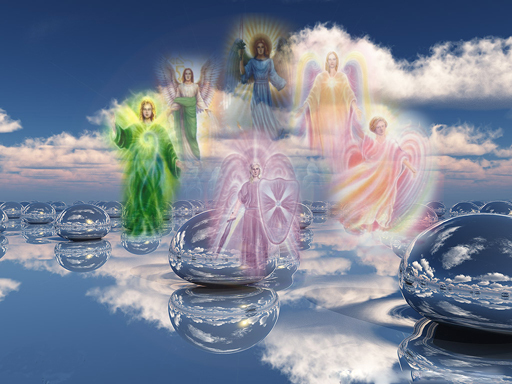 Many are unaware of the tremendous impact their beliefs have on their own children. All children are directly impacted by their parent’s belief systems. We are not simply referring to the beliefs that you teach your children, we are referring to every belief you have that is encoded in your being; all beliefs that a parent holds, regardless of whether they are conscious or subconscious beliefs are “downloaded” into their child” subconscious upon incarnation. This of course has a profound effect on how the child views and experiences their world in the early stages of their life and often into their early adulthood.

All souls are aware of this before they choose to incarnate into this reality. In fact, it is quite common for souls to choose their parents based on the belief systems and patterns they will “inherit” from their parents. This offers the soul a particular set of beliefs that will help them to focus more intently on particular life lessons that result from having those beliefs instilled within them at an early age.

The beliefs of the parents are transferred to the child and held within the child’s subconscious waiting to be discovered and if desired, replaced with a set of new beliefs. Of course the parent’s beliefs are not the only reason why a child is impacted by the numerous experiences that are manifested in this reality; some ailments and experiences are directly the result of the soul’s choice to have the experience for the growth that would be gained by all involved. However, even though a particular experience can be the result of a choice made by the soul before incarnation, it is still manifested due to the beliefs held by those involved. Remember free will is always the determining factor upon incarnation.

The beliefs of your parents heavily impact your reality in your formative years as a young child. Once a child has grown past the age of 6 they become more and more capable of forming their own conscious beliefs. Know that we are not simply referring to a child’s preferences or their likes or dislikes; we are referring to their beliefs about their reality. Often the child’s beliefs will still mirror the belief patterns of their parents and caretakers for quite some time, often well into adulthood.

Young children are incredibly impressionable and many of your ingrained beliefs were established in your early formative years. Children often encounter similar experiences as their parents. Of course we are not stating that all children will live similar lives as their parents, we are simply saying that with common ingrained beliefs one is likely to attract and experience similar situations. This is often why the phrase “history repeats itself” or “the apple doesn’t fall far from the tree” are so accurate when pertaining to this topic. This is also why it is quite common to find a child making similar decisions as their parents no matter how hard the parent tries to deter them from making the same “mistakes” they feel they have made in the “past”.

Some may wonder how the parent’s beliefs could be transferred to the child. Quite simply it is like an automatic encryption that gets “downloaded” into the very DNA of the child; much like the genetic makeup that a child inherits from their parents. Scientists have yet to discover that the genetic makeup that one inherits from their ancestral lines also includes the collective belief patterns held within that genetic lineage. This is why we have said many times before that many of you are not only clearing limiting beliefs that are being held within your being, but you are also serving to assist your genetic line with the encoded information on how to release that limiting belief.

With that being said, you may wonder why an ancestor would need help in releasing limiting beliefs if they are already deceased. Remember that we do not perceive time in the same manner that you do. Everyone and everything exists in the now moment from our perspective. This is one of the ways in which you can alter a version of the past. We say version because there are many past’s, although you only perceive one. As you work on clearing each limiting belief to increase your own vibration, you inherently help all others to do the same. Not because you clear the belief for them, but you in a sense show them exactly how it can be done.

You cannot remove a belief for another, however as you remove and release a limiting belief from your being, you unlock the exact directions on how the belief was cleared. This is so very profound! The stresses, experiences, and worries that all of you have willingly subjected yourself to are always for the higher good of all. We will focus more intently on this topic of releasing limiting beliefs in our next message.

Our intention for sharing this message is to simply help you to understand yet another layer of the complex illusion that you perceive to be your reality in this now moment. As each subconscious belief is uncovered or shall we say brought to your conscious attention for further assessment you can then decide if it is in fact a belief that you would like to keep or if you would like to release it and replace the belief with a new one.

Although we know you are anxious to uncover all of your subconscious beliefs, know that there is a divine flow to all that you experience. You will discover each belief at the pace that is right for you. To uncover them all at once or to draw these beliefs to your conscious attention too quickly would often prove to be more harmful than beneficial.

As always we are standing beside you every step of the way anxiously awaiting your invitation to welcome us in to help you to release in peace and to replace in joy.

We hope that this message has in some way served you.

In love and light, we are your Angelic Guides

Copyright © 2012-2013 by Taryn Crimi. All Rights Reserved. Permission is given to copy and distribute this material, provided the content is copied in its entirety and unaltered, is distributed freely, and this copyright notice and links are included. http://AngelicGuides.wordpress.com

The Healing Power of the Human Heart – Hathors via Tom Kenyon

The New World ~ The Next Steps – Steve Rother