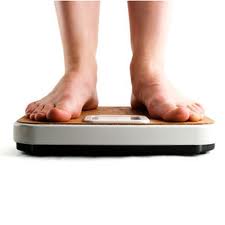 This is the dragon. There are various things that we know people have discussed as ascension symptoms and you have to understand before we get into this that we primarily see energy and communicate that way. Brian is responsible for translating. Some of that is already done by his higher self before it even gets to this side of the veil. So, the way this kind of communication works is interesting. We will just dump energies to his higher self to communicate in the form of the energies. Then, his higher self on through the veil and will turn it into something that can be written down. This is not unique to Brian’s channeling. It’s how it works in general and is only really necessarily so long as the veil is present.

The reason we wanted to remind about that is that we know there are a list of so-called ascension symptoms. We can even hone in on the energies of individual ones pretty well, helped by us in fact having some incarnations on your world. So, although we don’t compartmentalize things the way you do, we have the ability to see what you do compartmentalize, just in a different way. So, although we don’t use the terms you use, and see things as energy, we can talk about them.

We want to say that there are some of your “ascension symptoms” that are dogma, and some that are definitely true, and some that have some truth to them. By truth, we don’t mean universal truth, but we just say that the energies that are perceived are actually represented on your world at this time.

We are going to focus on a specific energy, that of the weight gain. This is one of those so-called symptoms that has some truth to them. There are various factors that effect your weight, such as activity or lack there-of. Picking on Brian a little, he just lost some weight due to an illness, for instance. So there are various factors, and ascension wouldn’t be the only one. Some people gained weight during the ascension to be able to ground more energies. Some people didn’t. In rare cases, some even would have lost weight. However, it was more common that people gained weight to ground energy better, because a lot of energy had to be anchored into this world leading up to 2012. So the weight gain happened to many of you, and this is not new information from what we can tell.

What you may find now being common is that with literally no change in activity, many of you are going to be losing weight. That is new information from what we can tell, and will hopefully explain some of this. Starting even potentially months before the great 121212 for some, and more recently for others, you will be noticing a gradual return to your normal rate.

Why? There’s one two major reasons:
1. Some of you needed that weight, as we mentioned, to help anchor energy to get the shift in motion and help anchor some of the energy expansions. Now, you are on a higher vibration but the intensity of the energy expansions will decrease and things will start to stabilize. This is because a lot of the work is done, but also to help stabilize things into the new age. This isn’t led by any being but is just a natural progression for the state you were in and where you were looking to go.
2. Due to the potential of the end of civilization, your bodies were aware of that potential and stored up extra energy. Obviously, this never came about. However, your bodies exist in lower vibration and make decision for survival reasons. If it knows something is coming, it will prepare. If it doesn’t happen, then it will no longer need the excess weight it put on.

Minor reasons:
3. For now, this is a minor reason, but will become more important as time passes. Your new bodies are coming online, and being overweight typically isn’t part of that.
4. We discussed sicknesses in a recent channeling. Your body actually foresaw this and it was another reason it stored up energy. Sickness takes away some weight as well.

Now, although we said that with little change in activity you will be losing weight, we don’t recommend little change in activity. Many of you are sedentary and your bodies need activity to be healthy. Not just for the benefits exercise gives for adapting to the new energy and improving your vibration, also consider your body and its health needs.

The Great Shift into Our Hearts

Our Precious Lady of Flowers

A Message from Archangel Gabriel – The 12:12:12 Activation | Shanta Gabriel