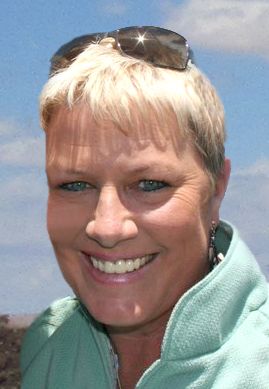 Antui Anshallah Ansi Asi Asi Asi
Greetings to you of the Light with the Light and within the Light!

We are grateful for the opportunity to speak with you in this now. There are many things in occurrence that affect the entirety of humanity and beyond.
Since your cosmic reboot on December 21st, your bodies have been changins as has your divine structure, that which is beyond the tangible. Your bodies have been requiring more or less sleep depending upon your particulate structure. Many of yyou went through periods of needing to sellp even for two or three days earlier this year. Then, you perhaps could not stay asleep or fall asleep easily for the past several weeks. This is quite normal as your particulate structure is finding a new balance and organization in response to the influences of the infinite and the changed in energy patterns and frequencies that are currently in occurrence.
Your desire for foods that you normally love has waned and you may find yourselves craving things that you have never even considered before. This too is normal. Remember that food is vibration, is energy, like all other things. As your bodies shift and adjust, so do your bodies’ needs.

For the most part you may also be finding that you are more clam than before but that you have periods that you feel as if you have been plugged into an electrical socket, and your insides feel as if they cannot slow down. This is a normal response to the higher frequency overlays that are happening in your entire system. As you become re-attuned, your body responds with more or less energy. Of late, the sense of overcharge may be prevalent. You do not need to assuage this with medications. There is nothing wrong with you. You are experiencing a powerful cosmic attunement which will bring to you fuller awakening and remembrance to the real you, that which is unlimited not only in potential but availability to all that is for whatever you need or desire. If you have been working toward outcomes, attempting to create that which you desire, your times have come. Put away your lists, your specifics, and allow yourselves to experience the unfolding that is happening in your cosmic now.

All that you have ever communicated remains within the One at all times. When the time comes, as it always does, that which you have directed comes forward in ways you perhaps have never even considered. This is the normal course of things. This is the true nature of your power within creation . This is what you have strived for, worked for, desired, prayed for, tried to achieve, and yet, all of the effort as not necessary, only the idea of it fueled by your passion becomes that which you intended. Creation does not forget.

At the same time that you are experiencing fine tuning and a response from creation to your direction, there has come an evening.

What we mean by this is that the energies have begun to smooth and balance and there are no obstacles in your way to prevent you from creating what you desire. Understand that generally speaking you are your only obstacle, but in this now, creation has no interferences, no areas of static, no blockages that stand in the way of you and all that you can imagine.

Since you are of the new cycle, the cycle of Peace, the cycle of the One, by virtue of your very being, you operate as a true aspect of creation from within the very construct of its nature. In the before times you worked from outside of creation by your perceptions. Now, what has become you inherently knows the way and the greatest outcome. You now operate as aspects of the creator, you are a co-creator within the One.

If you have feared your power previously, that fear was only about you, only about illusion of weakness, deservedness, fault, blame, whatever the case may have been but now, as we have said, what is not true cannot remain in any field or situation. Because of this, only that which is true will come forward for you.
The truth of power is that it is not singular, it is all encompassing as an expression from within to what is. That said, the expression is then mirrored back to you from the One as your creation.
It is that simple.

Power is a gentle thing never aggressive or angry. Those things are fear embodied. Aggression is not power, it is an expression of emotion that others do not know how to express any other way perhaps because they haven’t looked more deeply for the truth.

You are seeing this in the perfect example of what is happening in North Korea at this time. A young person who strives to be respected by impressing his seniors and his army. And yet, there is no truth to be found except the dangers that are created by such shortsightedness and lack of respect for all life. His expression of perceived power gains the attention of the world but is illusion. He does not feed his people. He attempts to conquer the world and yet has no concern for those who make up the very country he is purported to run. So the truth of the matter is that the entire scenario is about him, period. The rest of the story is that he has no plans for a way out of the scenario he is creating.

You see this kind of situation often in your world. Those who use rhetoric or dogma to make a point when all along the expression they make is an interpretation not an actuality. Think about it. And yet great numbers of humanity suffer in the process or worse.

In order for your world to come together you must first realize that you are together. This is no accident. In site of all your beliefs, your emotions, your senses of right and wrong and in between, at the end, you are all together still. That being said, and this being the truth, how can any human being belie the needs of another? Your world must come together in a coalition of One to share your resources, honoring nations among nations.

During the coming times you will find that your world is changing. That which is the truth will come forward in ways that you may have to look at twice to see the reality behind the situation. Look carefully at what you are told, at what you see, and further, what you feel inside. Your body will not lie to you. It is your first line of reality check. It will react even before your brain has grasped a thought. Do what is true in your heart of hearts and do nothing where the truth does not exist. What you feed will prosper and what you do not will perish ultimately.

It continues to be given that your weather patterns will remain in a state of change. This is not a new occurrence and has happened since the dawn of your planet. This is not a difficulty or punishment for deeds done or not done. It is a natural state of the earth and all its relations maintaining balance and change. As you do. As you do.

It is not to fear what is or what comes but instead to embrace joyfully what is yours to do or to witness and to know the difference between the two. What you witness is an awareness, what you participate in is part of your life. Sometimes what you witness can teach you things beyond your imagining. Has it ever occurred to you that you can learn much by what choices others make and what they experience as a result of those choices? You do not need to always take divergent turns in your journey to get a point, often others will mirror that for you if you let them. Listen deeply to those around you. Listen not with the ears on your head, but those of your heart. It is there that the truth can be well heard.

What challenges you in this now? Consider it as if it is the only thing that exists and ask yourself to admit the truth of the situation. What is really there, waiting for you to grasp or choose? Address it, live it, then move on. Most of the angst of the human race comes from what they do not face or admit rather than what they do… In the avoidance the truth becomes lost and from there often forgotten.
What is there that keeps you from your joy today? Ask yourself if it is worth the tension you have let into your entire being. Ask yourself hat is the worst thing that could happen if you act on it instead of denying it. Act. On your behalf…for when you do so do others. When others witness that you have acknowledged your value they will recognize it too.
What is beautiful in your world is that above the equator in this now, spring is coming forward, new life, new growth, continuity of life as a mirror to all that what is has always been and will continue to be. Below your equator it is coming into Fall, a time to rest, to gather what you have grown, to store for the colder and less provisional times. In spite of perceptions, the earth maintains balance as above so below, opposites and similarities, and it is only perception that disrupts the constancy.

Celebrate the life in you today. There are no have to’s or musts or should, only opportunities for whatever you intend…

We are grateful to be of service in this now. Be in peace.
End of transmission

Traversing the Upward Passageway into the Future – Transmitted Through Ronna Herman