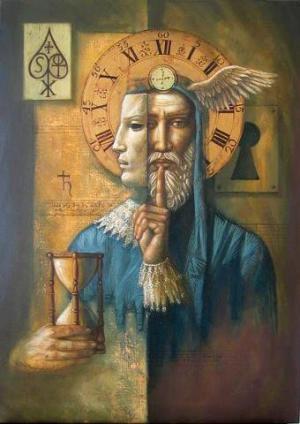 “Give and it will be given to you” ~ Jesus, the Christ

There is an ancient custom, recorded in all Rosicrucian documents, called the “Law of AMRA.” This law was originally a sacred doctrine with a deep mystical connotation among the Egyptians for many centuries. Later, it also became widespread among the Jews in their religious practices. Eventually, it was adopted by Christianity.
The Law of AMRA is: “If you pray to the God of your heart, pleading for some special assistance in a personal case of sickness, worry, adversity, affliction or financial problem, and his prayer, that is, its application is answered, you have a duty to transform the benediction you have received into a benefit for someone, not only through a dedicated prayer or a feeling of gratitude, but sharing with another part of the blessing you have received.”

“For it is in giving that we receive.” ~ Saint Francis of Assisi

If you asked improvement in your health, the relief of some pain or suffering, or the acquisition of something material, or aid in your business and your personal position, then according to the Law of AMRA, you should take upon the moral duty to reallocate a small amount of money or something material to make another person happy or at peace with the world. It involves any action biophysical, psychological, spiritual or material, wherever there was a request for consideration or benefit achieved from an action from an unknown benefactor. In other words, every time we receive any benefit granted by a metaphysical agent, is our obligation as mystics to make some compensation at the level of benefit that our conscience requires.

According to this ancient tradition, unless this is done suitably every time you receive a Cosmic favor, you cannot, in good conscience, make future requests in order to receive other blessings.

Any blessings or dispensations that are given are achieved by personal merit. The Cosmic Consciousness has the mechanism of its laws at our disposal, so that according to our vibratory rate, the effects will be compatible with our evolutionary changing needs. A mystic tries not to be reactive to whatever comes with these changes, realizing that he is performing a spiritual work, through the assimilation of the effect that his vibration presents to him.

Mystically, it is our duty to use that spiritual gift, or Dispensation of Grace, received to do good to others, but it should be done in a secret and anonymous way, so as not to look like we are kind, wonderful and charitable people, or receiving any kind of “prestige” associated with it.

AMRA’s Law is the Law of Giving and Receiving, also known as the Law of Grateful Retribution. As most people know, it is the balance or integration between Karma and Dharma respectively. Every action generates a reaction. This is a fact that has proven itself physically. When we punch the wall our hand hurts. This, in physics, is the force that is “reattributed” back to us.

Face your Dust – it will Set you Free | Dana Mrkich